Barbering, Hairdressing and Tanning
At Chaps and Dames we provide a very professional and helpful service we set the standards high. Inside we provide a range of treatments for both men and women. Our team of stylists and barbers look forward to meeting you. CLICK for more information or call 01980 590020
Click to create an instant advert on this page and appear on
Focused, cost-effective advertising taken to a new level from £37.50 per year! 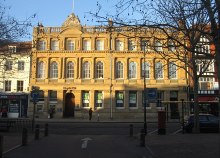 Visit the Royal Regiment of Fusiliers Museum. It is FREE with entry to the Tower of London. CLICK for details

Dating around Amesbury!
We have one of the UK's largest dating websites - focused on Amesbury!  There are mature, all age, Asian and Christian singles just waiting to hear from you. Browse and upload your profile FREE ! 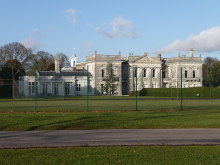 DWWB was formed in September 2005 to provide continuity of musical opportunity for children moving between schools. It also provides an outlet for adults who wish to continue to play in a non-competitive wind-band or who have previously played an instrument, but had, as is so often the case, had to put it to one side due to all the various events of life such as joining the Army, moving house, marriage, etc.

Band membership varies between 20 – 30 personnel of all ages (spanning across 6 decades), however, the band often experiences a dip in numbers when children reach working age. We are fortunate that some return later in their lives, they are always welcomed back.

The Band is always willing to accept new players, young and old. The Band plays concerts in local venues; have had joint concerts with other similar bands in UK and Germany and, later this year, will spend a long weekend in Germany.

The Band practices on a Wednesday (during term time) at Durrington Junior School (DJS) between 1900 and 2030. There is no particular ability required to be able to join, however, the music played is set at Grade 3 standard, but don’t let that put you off if you have never taken music exams.

If you are concerned about your ability, there is the option of the Training Band which will meet on a Thursday at DJS after Half Term (dependant on numbers). Possibly as a result of today’s financial constraints, we are finding less young people interested in learning musical instruments (with the exception of violins and guitars) and the band is hoping to do something about this.

The band conductor, Peter Eve, is proposing an after-school Music Club at DJS where children (from all schools) will be offered group teaching on any wind instrument. By teaching in small groups, the Band hope to be able to do this at a small cost (dependent to some extent on up-take) which parents can afford. They also have a few instruments which are available for one year’s loan on a first come, first served, basis. Help will also be available in finding good second-hand instruments if this is needed.

At the moment, DWWB are looking at running the Club at DJS on Wednesday afternoons from 1600. Some financial subsidies may be available for families where even the relatively low costs are still prohibitive. In parallel with the Music Club, DWWB are hoping to form a Training Band for those already able to play wind instruments to a level where they can play music at Grade 1 or above. We are sure that there are many children and adults, already receiving lessons, who would benefit greatly from the experience of playing in a band which not only increases their confidence but also their enjoyment.